Get fresh music recommendations delivered to your inbox every Friday.

Phoenix In The Ashes 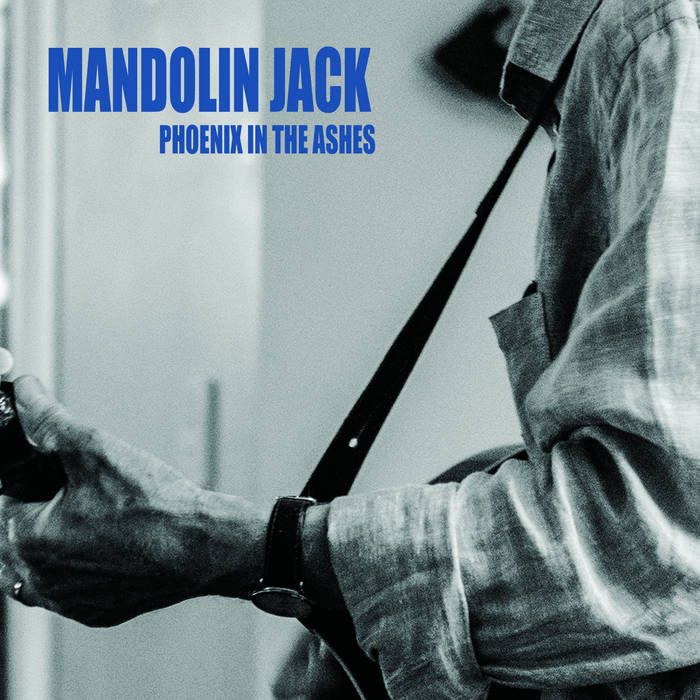 Mandolin Jack has his own unique brand of mandolin-driven Americana. Though based in London, UK, many of his evocative songs tell of his travels in the USA & Australia. His true roots are in Nashville where he has played in most of the iconic venues on Broadway, several times at the Bluebird Cafe, and in many others with friends and collaborators.

The new CD "Phoenix In The Ashes" on Lonesome Road Records is a 10-song self-produced collection of observations & impressions from that first-time visit to Australia; followed by a long bus, car and Amtrak adventure across the United States during the last days of their heated presidential election in 2016. A time of meeting up with, and saying goodbye to, old friends, new friends & family.

Thanks to everyone who helped us on our journey; Tony, Janet, Julie & Alby for making us fall in love with Queensland, Angus & Christine for the margueritas and the music, Ali & David for the hospitality and the guitar, Marie & Frederick for the Moonshine Gulch Saloon, and Kallie for her lovely Minnesota home.
Thanks to Caspar, Darren, Dave, Pierre-henri, Roger & Tim for giving up their time to help make this project come to life.
Major thanks to John for the continued musical inspiration and superlative playing, to Jon for his expertise, and to Isabella & Mary for the vocalisation and moral support.

Mandolin Jack - "a unique brand of mandolin-driven Americana" say the press. But the new songs are more introspective & written mainly on guitar ...

Bandcamp Daily  your guide to the world of Bandcamp